Can you name a good videogame adaptation that's actually good. 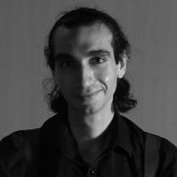 By Abdul Rahman Jamous,
January 19 in On Screen / Reviews & Observations