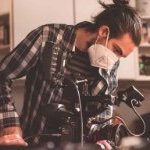 By Mateusz Czopek,
July 20 in In Production / Behind the Scenes