The Effects of a Push in VS. Pull out 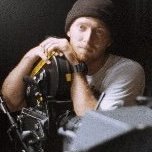