The Cinematographer, Storyboards, and Creative License? 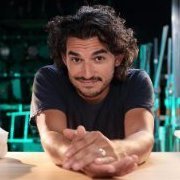