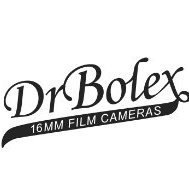 I started shooting film back when 16mm and 35mm cameras were too expensive to own. My first camera was super 8 and I've owned 5 of them over the years. I also had a B&H Filmo and Kodak Model C 16m

Thank you Tyler,   what a wonderful story... My First camera was a Brownie 8mm in 1968... it had frame by frame capability so i shot everything in stop action... ( i have the patience of Jobe) and

I don't know, you're the one talking about different pressure plates for standard and super 16 SR mags. I said there is no difference, it's all in the gate. Rather than admit you might not know what y