A “who you know” industry

By Josh Gallegos,
October 17, 2020 in Students and New Filmmakers 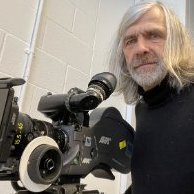 Freedom? You live in a place where you are so afraid that you feel like you have to carry a gun for self defense and you call that freedom? You are a slave to your paranoia. You're not free at all.

I wonder what this information- that you carry a concealed firearm in the street- adds to a thread about film work.